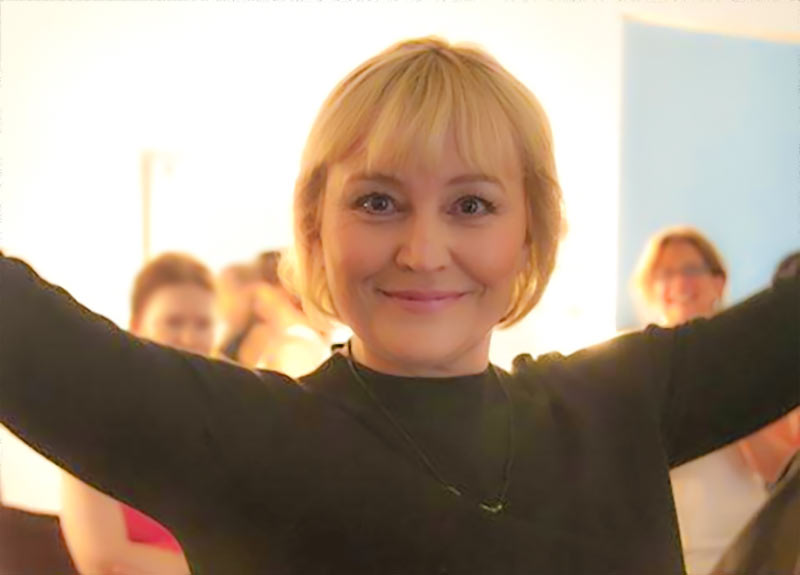 Tatyana Zbirovskaya, or Tatyana Z as she is known to people in the entertainment industry in America (because no one can pronounce her last name), has had a very eclectic background.

Originally from a small town in Siberia, of all places, she grew up living a meager existence, with the childhood dream of becoming an actress, when few people in that town even owned a TV.

In the early 1970s, when Communism was at its strength, most children aspired to be government officials, cosmonauts, or steel workers, continuing in the footsteps of their parents. Wanting to be an actress was like aspiring to be sent to Siberia – unless you were already there!

Acting was considered a shameful way to earn a living, but Tatyana was determined to let nothing stand in the way of her dream. Fresh from high school she did try to live a “normal” Russian life working at a factory, but it soon became apparent that it was not for her.

At the tender age of 17 Tatyana went to Moscow and took an entrance exam to one of the best acting schools in the world. Out of many thousands of applicants only twenty were accepted – and she was among the lucky ones.

She went on to receive her Masters Degree from the prestigious Academy Of Arts, (GITIS), and was then hired by the esteemed Mayakovsky Theatre in Moscow. A year later she moved on to the equally prestigious Satiricon Theatre and performed there for the next eleven years, earning her living as an actor and becoming nationally known.

When her only son was diagnosed with an incurable disease, Tatyana brought him to America hoping for a miracle, with only one hundred dollars in her pocket and no knowledge of English. Her son died when he was only nine years old. Despite the heartbreak she stayed in this country determined to forge a new life for herself.

Tatyana worked many jobs, amazingly receiving a second degree in Computer Science, and supported herself as a computer programmer while staying in touch with the world of entertainment that she loved so much.

She worked nights as a stand-up comedian, and got acting jobs in several studio and independent films, working with such esteemed directors as Sidney Lumet and Woody Allen.

In 2006 she took a New York Film Academy Digital Filmmaking course and produced a short film A Man of Honor that became accepted into the 2007 “Short Film Corner” at the Cannes Film Festival. This is her first film as a writer/director, but definitely not her last.